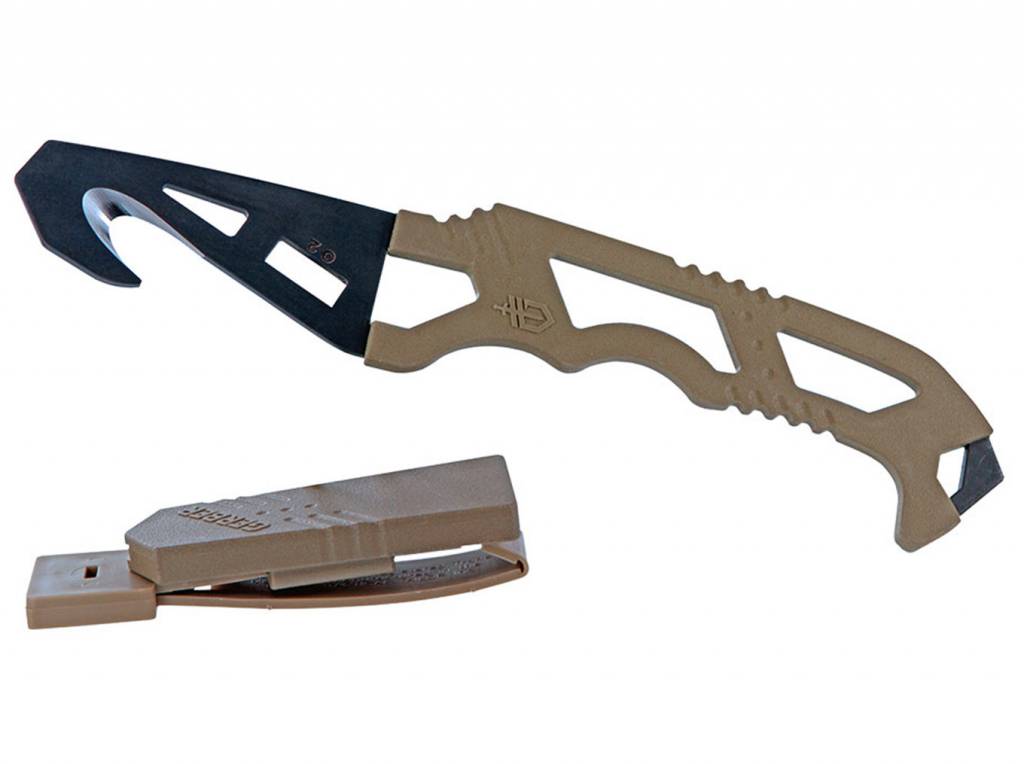 The Crisis Hook Knife is made to quickly and safely cut through anything from a seat belt to clothes and even cords, straps, or flex cuffs, making first responders’ work easier.

The Crisis Hook Knife is made to quickly and safely cut through anything from a seat belt to clothes and even cords, straps, or flex cuffs, making first responders’ work easier. When every elapsed moment counts against survival or safety, this featherweight 3 ounce knife can afford its user the critical additional window. The Crisis Hook Knife is proudly built in Portland, Oregon, USA.

GET AROUND HURDLES WITH EASE
When there’s no time to monkey around with a seat belt twisted or hung up by a vehicle that’s been crashed or exposed to an IED, clothing or field operative gear blocking access to a wound sustained by a casualty, or any sort of situation where boots, thick tape, or heavy cords or straps are preventing immediate medical attention, the operator handling a Crisis Hook Knife can eliminate the difficulty in seconds. Applied against the wounded area of a casualty, this tool’s blunt tip guards the blade, as opposed to a normal fixed-blade or folding knife. The user can tear directly into the fabric inhibiting access without fear of causing additional damage to the person being rescued.

ELONGATED PROFILE FOR IMPROVED APPLICATION
Gerber’s Crisis Hook Knife evolved from the smaller-profile Strap Cutter Knife used to get at life-threatening wounds rapidly and safely. The changes resulted in an elongated, easy-grip knife with a longer blade. The longer handle of the knife, unlike those of its competitors, consists of a rubber over-mold, giving its user a better grip to be utilized in a critical situation. An integrated O2 wrench for open and closure of the valve on an oxygen tank further increases the usefulness of this knife in life-saving situations. Its glass-breaker pommel, which includes a lanyard for tie-down, keeps obstructions from impeding rescuers in their goal of assisting and saving casualties.

LOCKED DOWN UNTIL REQUIRED
The Crisis Hook Knife keeps quiet until the situation demands otherwise. At a touch over 3 ounces, this knife rests in nearly weightless stealth from its malice clip, MOLLE-compatible, on a ballistic vest, backpack, or other MOLLE-equipped structure. Its ballistic molded plastic clip sheath is built with a friction lock for primary retention that prevents the knife from releasing and exposing its carrier to damage by the knife, or contributing to its loss.