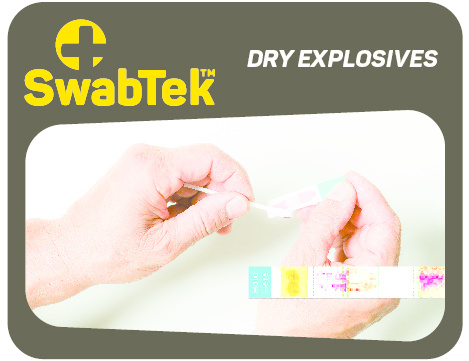 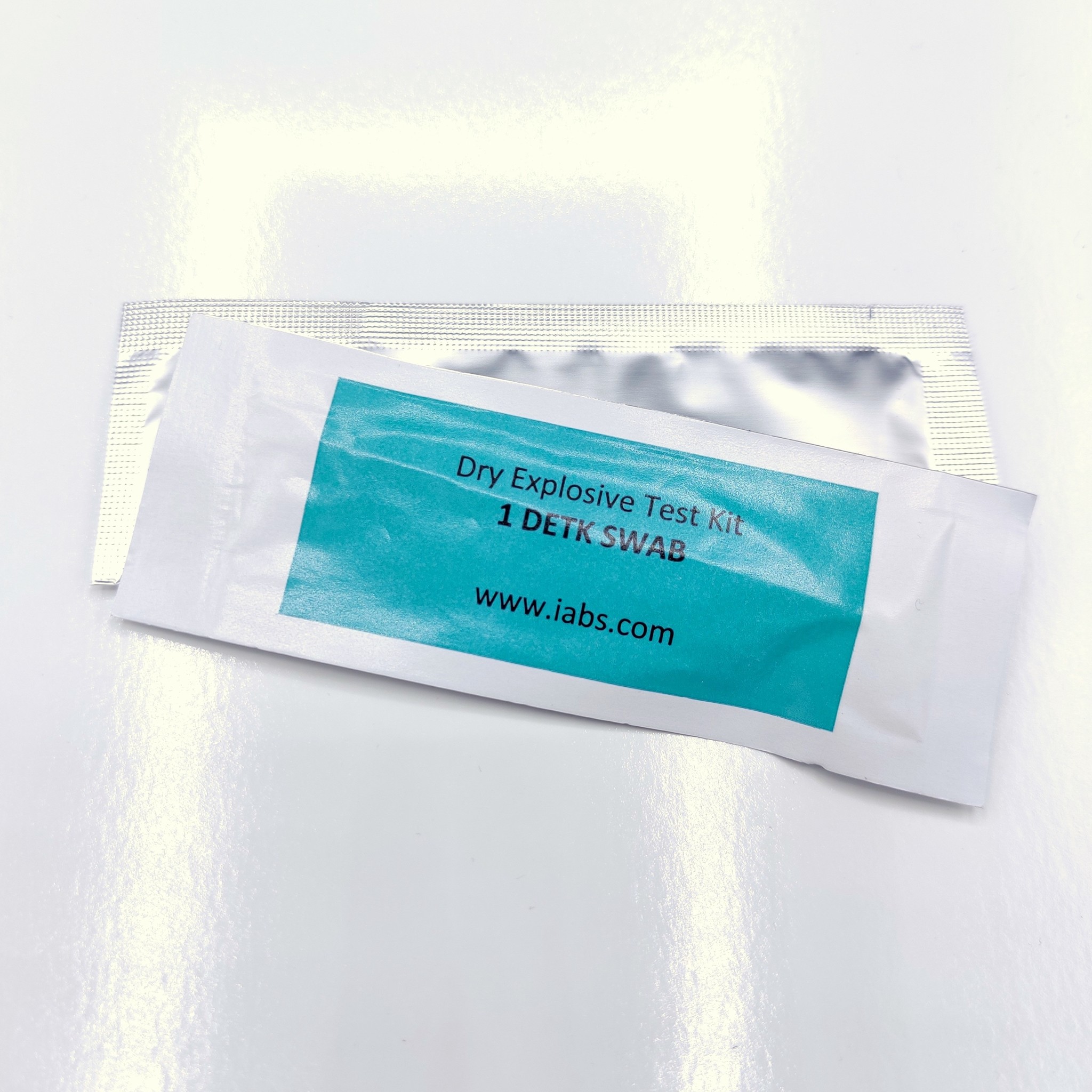 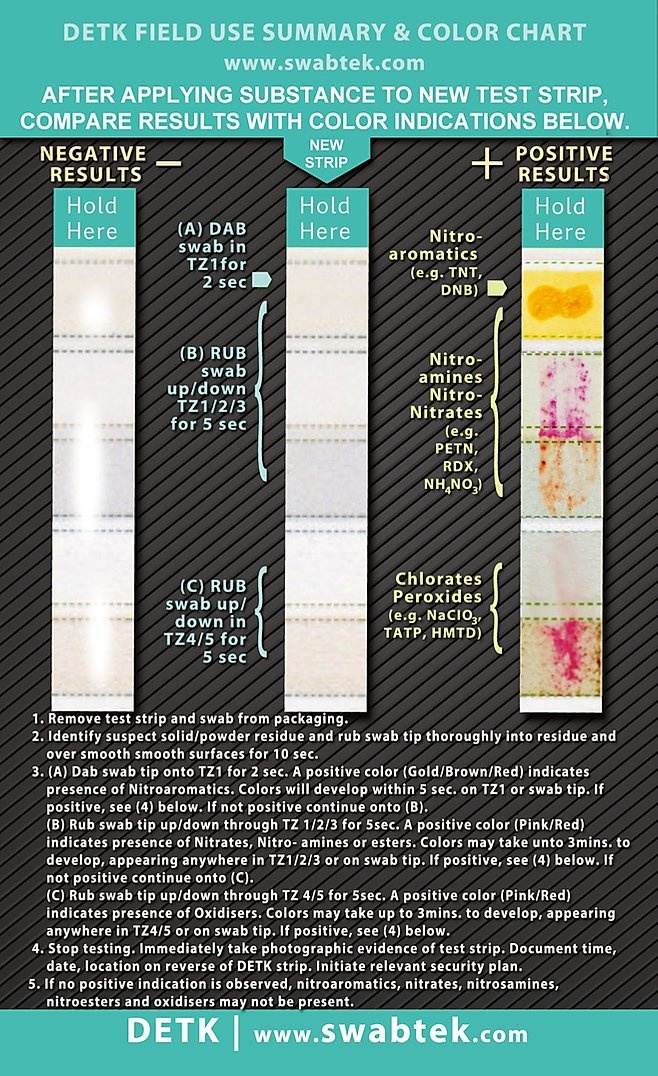 SwabTek’s Dry Explosive Test Kit is designed to test for the presumptive presence of explosives residue on any surface. Since the kit is based on a treated cotton-swab, it can be used to test for explosives residue on any surface, without the need for a visible sample. This allows the user to test any surface that is suspected to have come in contact with the explosives material, including suspect chemicals, devices, tabletops, and hands. The test is simple and intuitive, and contains no acids, carcinogens, or toxic liquids, eliminating any potential risk to the user during testing. The intuitive and safe nature of SwabTek’s dry-paper technology allows it to integrate seamlessly into screening procedures in any environment, including airports, stadiums, border crossing, and mailrooms.

Designed for presumptive identification of precursors used in manufacture of improvised explosives, which may be concealed in shipments through border controlled check points, or used in suicide and terrorist plots.

*Smokeless gun powders (single, double and triple bases) are composed primarily of insoluble nitrocellulose and waxes. Ignition of nitrocellulose during weapon discharge releases gasses containing nitrogen oxides (NOX) which deposit onto surfaces up to 1 meter from point of discharge. This NOX residue deposit is readily detectable by the DETK if correct surface sample techniques are employed.

Detection occurs in Commercial grade explosives that are generally stabilized as firm wax like solid or in sheet, cord form and in Home Made Explosives (HME) that may be in powder, paste, liquefied or combinations of all three.  All samples will vary in color and odor.

Reference materials are available for all SwabTek products at the following link: www.swabtek.com/resources