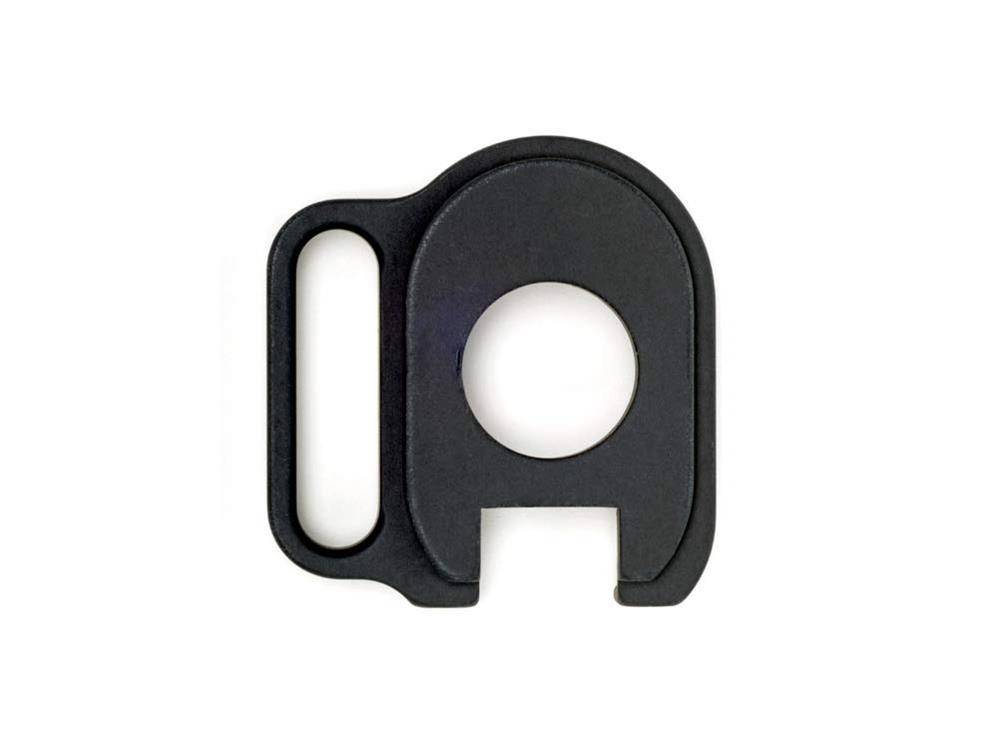 Single point tactical slings attached to shoulder-mounted combat weapons' including shotguns such as the highly regarded and widely used Remington 870 and Mossberg 590, have become quite popular recently in both military and law enforcement special operations circles. These shotgun sling mount systems permit the operator to mount the weapon on either the primary or offside shoulder. As a result, during dynamic entries it becomes easier to "cut the pie" at doorways and move around corners, whether they are on the right side or left side, without telegraphing the operators position. In addition, slings attached to a single point mount work especially well when operators are deployed wearing body armor or are involved in breeching operations. The preferred mounting point for slings of this type is directly behind the receiver and in front of the buttstock. GG&G has introduced a Single Point Rear Sling Attachment for the Remington Model 870 and Mossberg 590 combat shotguns. The Remington Model will also fit the Remington 1100 and 1187 shotguns, while the Mossberg Model will fit the Mossberg 500 shotgun. Precision machined from 7075 aircraft grade billet aluminum alloy and Type III hard anodized matte black, this shotgun sling attachment has been designed for the rigors associated with professional use. This GG&G Single Point Rear Sling Attachment will accommodate slings up to 1 1/4" in width and will also accept the excellent Chalker sling system. These sling swivels can easily be installed by the operator. A dual point sling system can also be employed with this attachment.

*Left hand shooter model, sling mount is on right side of weapon